Made direct amends to such people wherever possible, except when to do so would injure them or others

14:9 Fools mock at the guilt offering, but the upright enjoy acceptance.

Sometimes people question whether it is important to make amends or not. This proverb, however, tells us that it is a fool who would mock making an offer for guilt. In the context of the Proverbs of the Old Testament, perhaps the writer is thinking about the guilt offerings that were ordained in the book of Leviticus. In the context of the New Testament, the underlying truth still remains that offerings (or amends) for the guilt of the past can be appropriate. It is the fool who would say otherwise. The latter half of the verse also reflects the experience of many who work a 12 step program in that after making amends they often find an acceptance from others and themselves that brings joy to their lives.

5:9 Blessed are the peacemakers, for they shall be called sons of God.

Jesus is telling us that when we are makers of peace, that we become truly children of God.The eighth and ninth steps are about making peace with those whom we have wronged, as much as is within us to do. The usual practice is to sweep wrongs of the past under the rug and try to forget about them. But by making appropriate amends, we are able to go the second mile and oftentimes bring peace and goodness where there might have been lingering doubts or mistrust or confusion before. We can become peacemakers who are blessed as children of God.

We are told in clear terms here that we are to be reconciled with our brother if they have things against us. This means not only are we to be diligent in trying to make things right when there is resentment against us, but it also implies that we should be sensitive to the thoughts and feelings of others so that we can know if there is any lingering resentment or anger toward us. There could also be an implication that since they are a brother or sister in the Lord, then they will be reasonable and sensitive to God's leading so that when we sincerely try to be reconciled, that there will be true reconciliation.

5:25 Come to terms quickly with your accuser while you are going with him to court, lest your accuser hand you over to the judge, and the judge to the guard, and you be put in prison.
5:26 Truly, I say to you, you will never get out until you have paid the last penny.

This may be the corollary of the previous two verses for how to deal with the resentment of others, but this time they are for our adversaries, those who are truly set against us and may not be in the family of God. Here we are to be very careful to not offend if possible, knowing that the consequences could be severe. And by agreeing that we have done wrong, that we were remiss or negligent in our dealings with them, can often be all that it takes to make their anger and resentment subside to something that is manageable.

9:10 Now there was a disciple at Damascus named Ananias. The Lord said to him in a vision, "Ananias." And he said, "Here I am, Lord."
9:11 And the Lord said to him, "Rise and go to the street called Straight, and at the house of Judas look for a man of Tarsus named Saul, for behold, he is praying,
9:12 and he has seen in a vision a man named Ananias come in and lay his hands on him so that he might regain his sight."
9:13 But Ananias answered, "Lord, I have heard from many about this man, how much evil he has done to your saints at Jerusalem.
9:14 And here he has authority from the chief priests to bind all who call on your name."
9:15 But the Lord said to him, "Go, for he is a chosen instrument of mine to carry my name before the Gentiles and kings and the children of Israel.
9:16 For I will show him how much he must suffer for the sake of my name."
9:17 So Ananias departed and entered the house. And laying his hands on him he said, "Brother Saul, the Lord Jesus who appeared to you on the road by which you came has sent me so that you may regain your sight and be filled with the Holy Spirit."
9:18 And immediately something like scales fell from his eyes, and he regained his sight. Then he rose and was baptized;
9:19 and taking food, he was strengthened. For some days he was with the disciples at Damascus.
9:20 And immediately he proclaimed Jesus in the synagogues, saying, "He is the Son of God."
9:21 And all who heard him were amazed and said, "Is not this the man who made havoc in Jerusalem of those who called upon this name? And has he not come here for this purpose, to bring them bound before the chief priests?"
9:22 But Saul increased all the more in strength, and confounded the Jews who lived in Damascus by proving that Jesus was the Christ.
9:23 When many days had passed, the Jews plotted to kill him,
9:24 but their plot became known to Saul. They were watching the gates day and night in order to kill him,
9:25 but his disciples took him by night and let him down through an opening in the wall, lowering him in a basket.
9:26 And when he had come to Jerusalem, he attempted to join the disciples. And they were all afraid of him, for they did not believe that he was a disciple.
9:27 But Barnabas took him and brought him to the apostles and declared to them how on the road he had seen the Lord, who spoke to him, and how at Damascus he had preached boldly in the name of Jesus.
9:28 So he went in and out among them at Jerusalem, preaching boldly in the name of the Lord.
9:29 And he spoke and disputed against the Hellenists. But they were seeking to kill him.
9:30 And when the brothers learned this, they brought him down to Caesarea and sent him off to Tarsus.
9:31 So the church throughout all Judea and Galilee and Samaria had peace and was being built up. And walking in the fear of the Lord and in the comfort of the Holy Spirit, it multiplied.

In these verses we see part of a story of repentance and making amends. The story actually begins in the Acts 7 and Acts 8. Saul is there shown to be consenting to the death of the first Christian martyr Stephen, and he then begins taking believers in Christ and putting them in prison. Then the Lord appears to Saul on the road to Damascus and Saul becomes a convert to Christ. In this passage in Acts 9, we see that some time after this conversion, Saul returns to Jerusalem and begins to preach the good news of Christ, endangering his own life that he might share the news of Christ's salvation with others. In today's language, we might call Saul a "religious addict". He was so enamored of his religion and the power that it gave him that he abused people with it. This may or may not have been our addiction. In this case it took a miraculous vision by God's grace to bring Saul to the truth. If we have come to Christ, then we also have experienced in some way the grace of God. In Saul's case, he went back and told others basically how wrong he had been and how right the followers of Christ had been. In one sense, these amends went on throughout the rest of his life so that in the letter to Timothy, the apostle Paul (as Saul was then named) wrote about how God had been merciful to him because he had been a blasphemer and persecutor in ignorance and unbelief (1 Tim. 1:13). So also we have probably done many things in ignorance and unbelief. But now as a believer in Christ, we can live in truth and righteousness, making right any wrongs we have done and telling others of the truth that we know.

20:18 And when they came to him, he said to them: "You yourselves know how I lived among you the whole time from the first day that I set foot in Asia,
20:19 serving the Lord with all humility and with tears and with trials that happened to me through the plots of the Jews;
20:20 how I did not shrink from declaring to you anything that was profitable, and teaching you in public and from house to house,
20:21 testifying both to Jews and to Greeks of repentance toward God and of faith in our Lord Jesus Christ.
20:26 Therefore I testify to you this day that I am innocent of the blood of all,
20:27 for I did not shrink from declaring to you the whole counsel of God.
20:33 I coveted no one's silver or gold or apparel.
20:34 You yourselves know that these hands ministered to my necessities and to those who were with me.
20:35 In all things I have shown you that by working hard in this way we must help the weak and remember the words of the Lord Jesus, how he himself said, 'It is more blessed to give than to receive.'"

This is one of many follow-on passages that could be referenced concerning Paul's life after his conversion and how Paul continued to be careful to live in good conscience before man and God (Acts 24:16). We can see from one perspective how Paul's attitude mirrors the last part of a 12 step program. Paul continued to make amends through nurturing the church that he once persecuted (Step 9). Paul continued to preach repentance and practice this in his own life (Step 10). Paul was always deepening his faith through tears, humility and whatever trials came because of his faith (Step 11). And Paul was faithful in sharing with others the Good News of deliverance from sin and bondage (Step 12).

In our own lives, steps 8 and 9 are instrumental in beginning the journey to a clear conscience. Even if others do not accept our amends, we can know in our innermost heart and mind and conscience that we have done our best to bring healing from our mistakes of the past. We would do well in following the example of Paul by pursuing this will all humility and tears and through trials, coveting no man's silver or gold and continuing to work hard in order to be a good witness and to share the Good News of deliverance with others. 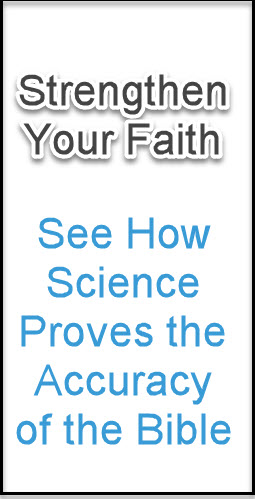